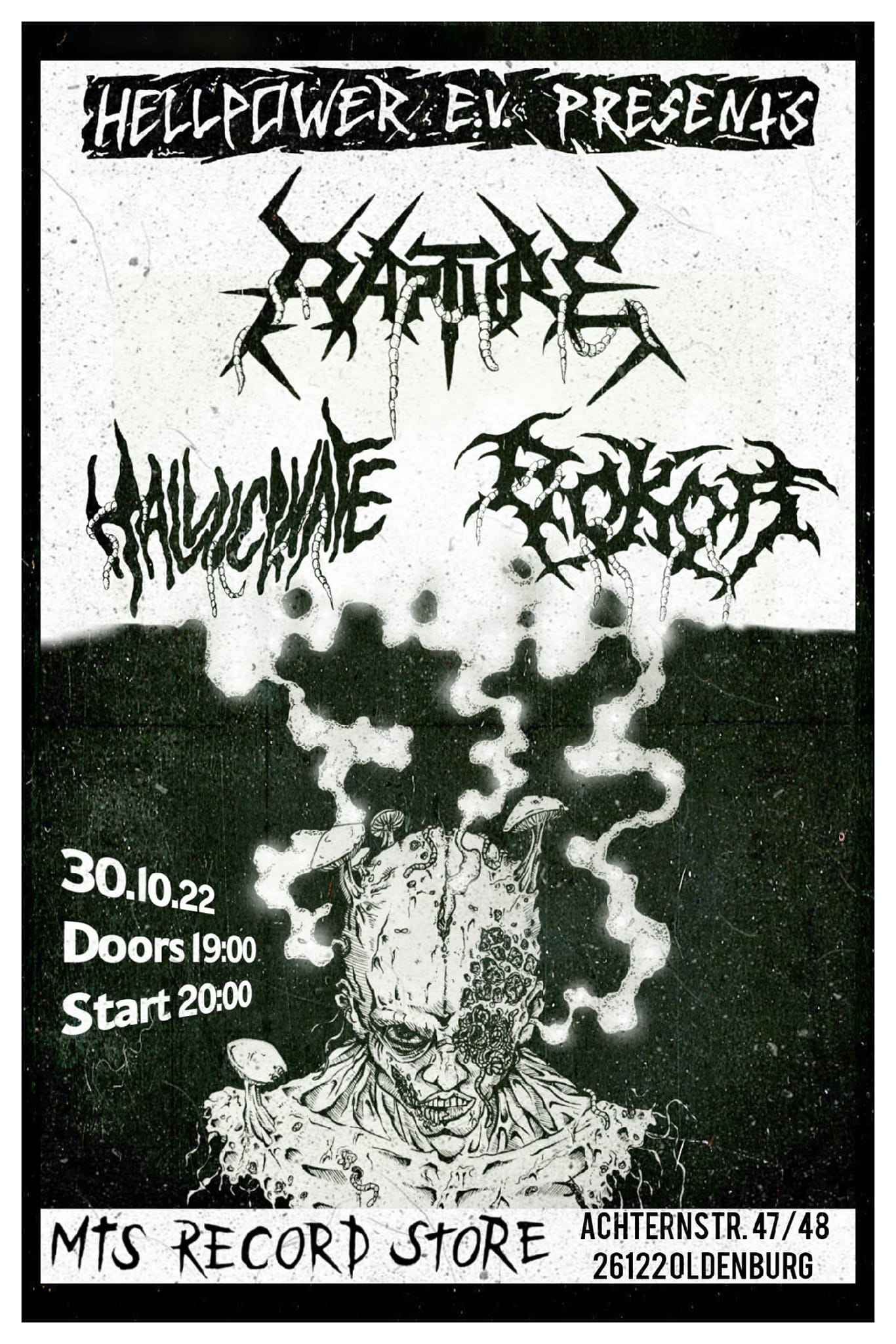 Hellpower e.V. und MTS Records proudly presents
Live on stage from Athen, Greece
Rapture (GRE)
https://rapturegreece.bandcamp.com/
https://www.youtube.com/watch?v=56nu0rdmMXc
For the fans of the heavier sounds, the Greeks are playing for the second time on the sacred Hellpower stage and will make your ears glow with their Death Thrash.
Hallucinate (OL)
https://hallucinatedeath.bandcamp.com/releases
We are very happy to present Hallucinate’s first official concert in Oldenburg! It’s not easy to describe exactly what kind of Death Metal the former members of Graveyard Ghoul play. The demo at Bandcamp is highly recommended.
Bokor (OL)
https://bokor.bandcamp.com/album/shrine-of-lies-3
The musical death metal opening of the evening will be taken over by Bokor from Oldenburg, who were founded in 2017 and it is time that they also play in the record store
Schlagwörter: Club-Konzert, Death Metal